Abstract: Interest in Fog computing and networking has continued to grow as an enabler of the "cloud-to-thing" continuum, filling the gap between Cloud and Edge. A future with "Fog" will be critical to achieving high-bandwidth, low-latency and secure consumer products and services, such as autonomous vehicles, smart cities, home networking, mixed reality, robotics and highly efficient automation environments. This panel will bring together renowned experts in this area to present and debate recent progress and their vision for the future, including standards such as IEEE P1934/1935 and early implementations.

Abstract: The IEEE Future Directions Committee explores the technologies that will define the future of technology and human civilization. This session will explore what is being done in the various IEEE FDC initiatives, including 5G, Block Chain, VR/AR/ML, Symbiotic Autonomous Systems and direct brain to electronics interfaces. 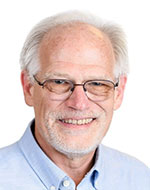 Tom Coughlin, President, Coughlin Associates is a digital storage analyst as well as a business and technology consultant.  He has over 37 years in the data storage industry with engineering and management positions at high profile companies.

Dr. Coughlin has many publications and six patents to his credit.  Tom is also the author of Digital Storage in Consumer Electronics:  The Essential Guide, which is now in its second edition with Springer. Coughlin Associates provides market and technology analysis as well as Data Storage Technical and Business Consulting services.  Tom publishes the Digital Storage Technology Newsletter, the Media and Entertainment Storage Report, the Emerging Non-Volatile Memory Report and other industry reports.  Tom is also a regular contributor on digital storage for Forbes.com and other blogs.

Tom is active with SMPTE (Journal article writer and Conference Program Committee), SNIA (including a founder of the SNIA SSSI), the IEEE, (he is past Chair of the IEEE Public Visibility Committee, Past Director for IEEE Region 6, President of IEEE USA and active in the Consumer Electronics Society) and other professional organizations.  Tom is the founder and organizer of the Annual Storage Visions Conference (www.storagevisions.com as well as the Creative Storage Conference (www.creativestorage.org). He was the general chairman of the annual Flash Memory Summit for 10 years.  He is a Fellow of the IEEE and a member of the Consultants Network of Silicon Valley (CNSV).  For more information on Tom Coughlin and his publications and activities go to www.tomcoughlin.com. 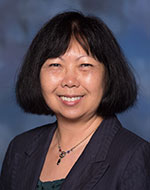 Prior to joining the IEEE staff, Ms. Grise held numerous positions at IBM, and most recently was a Senior Engineering Manager for Process Design Kit Enablement in the IBM Semiconductor Research and Development Center.  Ms. Grise led the overall IT infrastructure implementation, and software development in support of semiconductor device modeling verification, packaging, and delivery; device measurement and characterization data collection and management, and automation for device modeling engineers. Ms. Grise is a graduate of Washington and Jefferson College, and an IEEE Senior member. 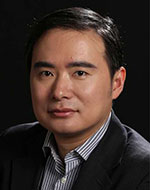 Dr. Yuan is a veteran researcher and practitioner in the areas of Consumer Electronics, Transportation, and Internet of Things. He founded Senses Global Corporation, a multinational technology company specializing in Virtual Reality, Augmented Reality, and Human Augmentation. Prior to this he served as the president of CATE Global, a think tank focusing on bringing world-class expertise to clients and projects in China, USA, and the rest of the world. He also served as the CEO of Motiveware Technology, a company developing technologies and standards for mobile internet, location based services, connected vehicles, drones, and 3D printing. Prior to that he worked for IBM Research as a research scientist and was a key contributor to IBM IoT Technology Center. He is experienced in the patent process and invention development. He has filed numerous patents and received many IBM Invention Achievement awards and IBM High Value Patent awards. He has published extensively in referred conferences and journals, and he has organized many major conferences as general chair or program chair.